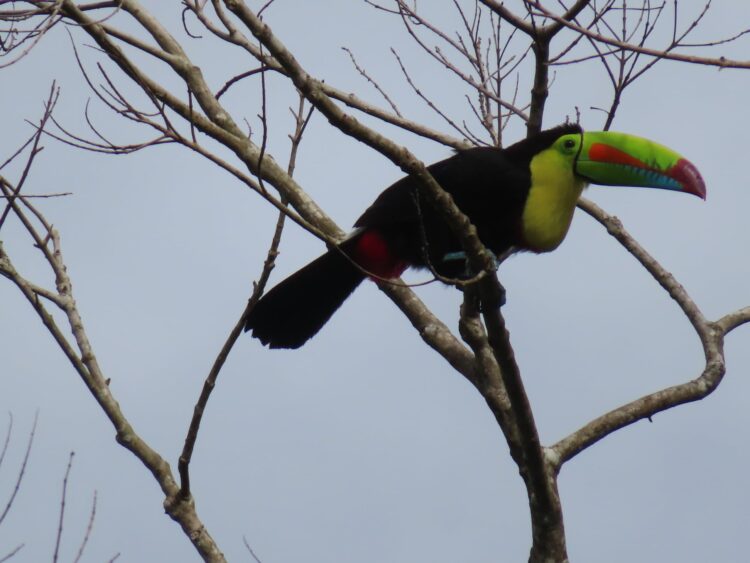 His over the top beak peaked through the forest canopy.

I knew he was around. Again. As he has been around quite often during our short stay in this dazzling spot located about 2 hours outside of Panama City, Panama.

The keel-billed toucan alighted on a dead tree and proceeded to pimp and preen for the camera. His gaudily-adorned beak is one of nature’s genuine marvels. Observe the rainbow colors spanning east and west. This toucan seems to be spotted on a daily basis around the property grounds here in El Valle de Anton Panama. El Valle is a mountain retreat made popular by well-heeled Panama City residents. Politicians, leaders of industry and other high rollers own weekend or summer homes in El Valle for a cool, relaxing, peaceful jaunt from a hectic, sometimes highly chaotic, always hot and humid city.

Panama City is fun, fascinating and boasts perhaps the most hectic traffic scene in the Western World. I felt frazzled after 10 minutes of city driving when we returned the car after our Pedasi trip. Traffic laws are a mere suggestion. Small cars dart to and fro as if not moving at the speed of light makes for a life-threatening endeavor.

Panama City is a city in a literal jungle. I mean it. National parks surround the city on western and northern sides. The parks are deep jungles teeming with wildlife. El Valle de Anton is a cloud forest roughly 2000 meters above sea level, southwest of Panama City, offering folks a much-needed break from the sometimes madness of PC. Picture 70s to 80s during the day, low 60s at night and a cool breeze keeps things chill during high season while steady rains cool things off during the low season. 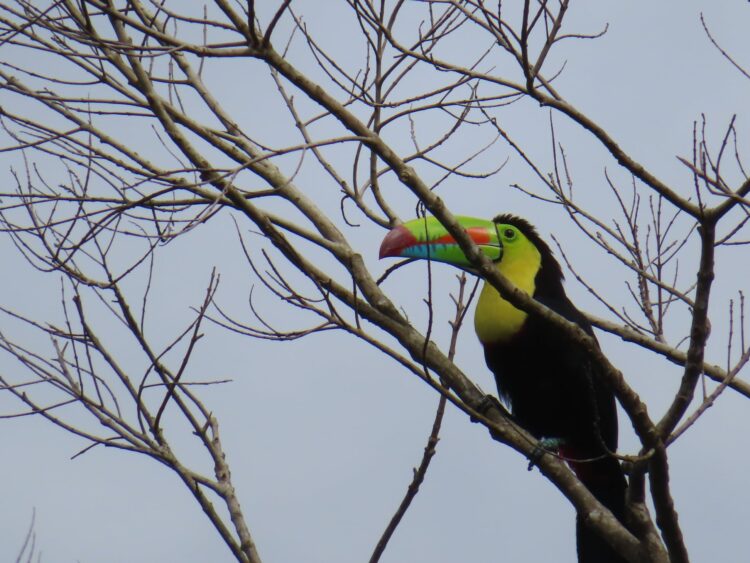 El Valle is one of the top birding spots on earth. El Valle de Anton animals are not solely about critters in the air up there. We spotted green iguanas, Jesus Christ lizards and various insect life during our few weeks in this cloud forest sitting within the crater of an extinct volcano. We even saw a colony of 5000 plus army ants working the forest floor in the backyard.

Remember how we saw the massive colony of army ants in Bribri Costa Rica 5 years ago? I just wanted to jog your memory. Ants follow us everywhere. Even working banana trees in Thailand. 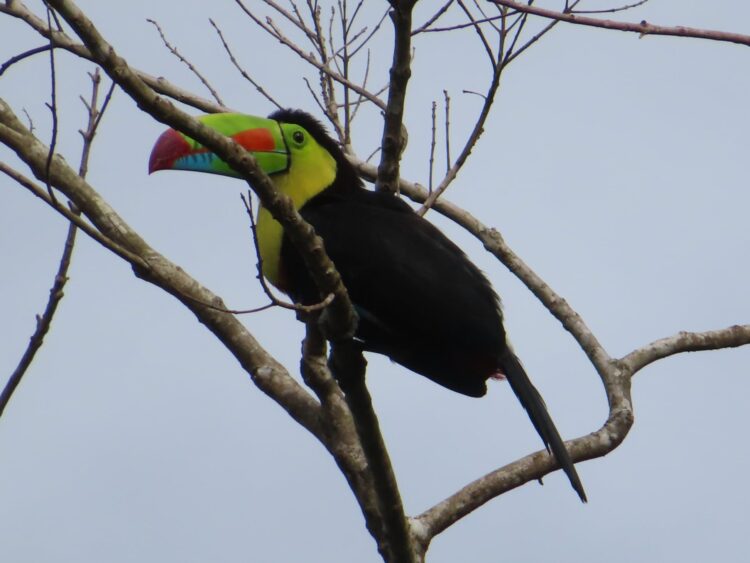 Back to the toucan. He and his family make their way all around town since nature feels pervasive in El Valle de Anton.  The town works seamlessly into the natural setting. Large, impressive homes boast far bigger, even more impressive yards. Each backyard through much of town seems to be carefully landscaped, employing a small army of…..landscapers. But ample trees, shrubs and various vegetation give birds like toucans, parrots and less exotic avian species plenty of cover for hunting, idling or doing whatever they want to do. 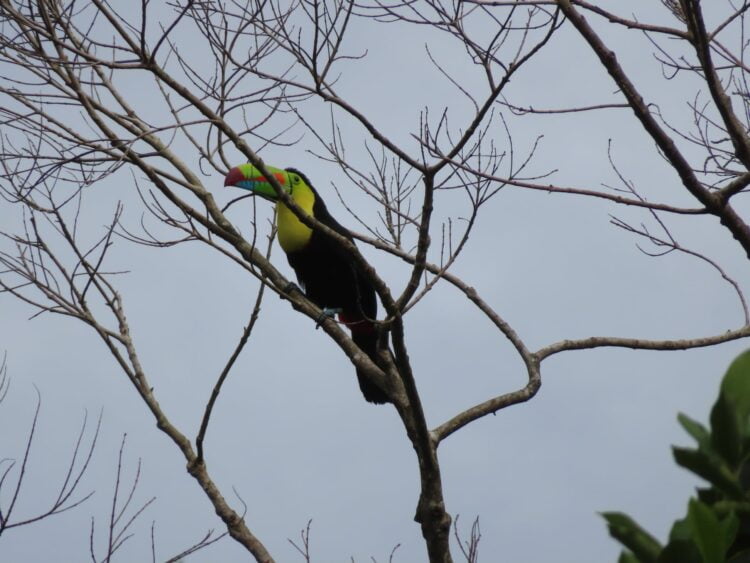 I felt an intuitive nudge to take a break in the yoga studio. A few moments later, the familiar flight of the toucan snagged my attention. Beaks lead in a major league way. I spot his titanic size – he is a large bird – but the brilliantly-colored peak arrests my attention as he calmly hops from tree to tree. After a little bit of leaf-shaking he hopped over to the dead tree. Dead trees make for amazing backgrounds; no leaves and few branches obscuring one’s view.

He spent roughly 2 minutes in the tree for me to snap these shots.

On thrumming his way into the next set of trees, a small army of song birds dogged him toward the forest, per custom.

How Do Bloggers Earn Affiliate Marketing Commissions?
How to Become a Pro Blogger in 5 Steps Audio Course
I’ve Been Featured on Entrepreneur
Profitable Blogging: 11 Secrets for Confused Bloggers
27 Crazy Travel Stories
7 Practical Tips for Marketing Your Blog the Right Way
How to Get Featured on World Famous Blogs (Blogging Course)
The Unconventional Guide to Blogging Success with Pinterest!
14 Successful Bloggers To Follow
7 Tips to Target Your Blogging Audience
5 Digital Nomad Mistakes to Avoid
How to Comment on other Blogs: 10 Tips
How a Colony of Marauding Army Ants Taught Me 4 Blogging Lessons
How to Get Featured on Top Blogs: 3 Steps
Why You Need to Aggressively Branch Out to Get Blogging Help
Are You Suffering Horribly from Travel Blogger Ad Frenzy?
6 Powerful Golden Rules of Blogging
How to Write a Blog Post: 8 Helpful Tips
1 Quick Test to Show if You Are a Fraidy Cat or Clear on Your Blog
11 Tips for Beginning Blogging